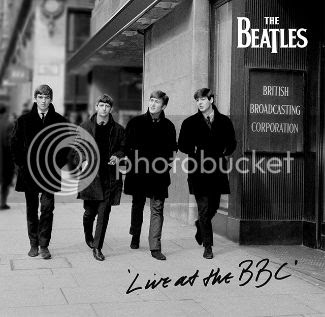 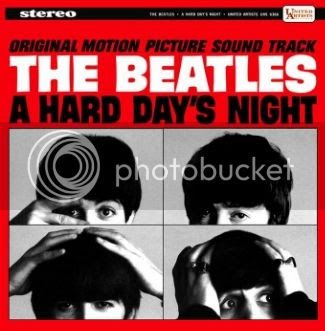 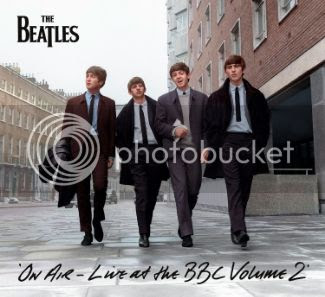 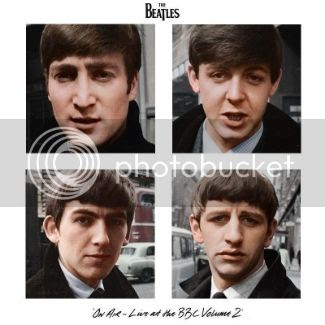 Sessions  was a compilation album by The Beatles planned for release by EMI in 1985, but never issued due to objections by the 3 surviving Beatles. The album consisted of thirteen finished, but unreleased, Beatles songs. A single—"Leave My Kitten Alone", with an alternative version of "Ob-La-Di, Ob-La-Da", which was not to appear on the album, as its B-side—was also planned, but it too was left unissued. "Come and Get It" was a demo recording performed by Paul McCartney solo and eventually handed over and recorded by the group Badfinger. George Harrison would re-record "Not Guilty" on his album George Harrison in 1979. "How Do You Do It" had been recorded for a possible early single at the request of George Martin, but scrapped later in favour of "Please Please Me". The album also was to include an edit of "Christmas Time (Is Here Again)", from the group's 1967 Fan Club Christmas single. Versions of all the songs planned for Sessions  would eventually see official release as part of The Beatles Anthology series in 1995–96, with the exception of "Christmas Time (Is Here Again)", which was concurrently released on the "Free as a Bird" single. Several of the tracks (both here and on the Anthology releases) are altered from their original states. For example, "Not Guilty" is completely re-edited, removing around a minute of the song. The same goes for "How Do You Do It", which has a verse edited, or "If You've Got Trouble", a Help! outtake with its verses edited into a different order than they were originally recorded. "What's the New Mary Jane" was drastically remixed to make the song more musical and less of a discordant "Revolution 9"-type track. 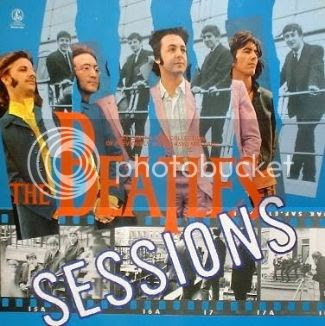 · "THE BEATLES AT THE HOLLYWOOD BOWL" (Argentinian release) 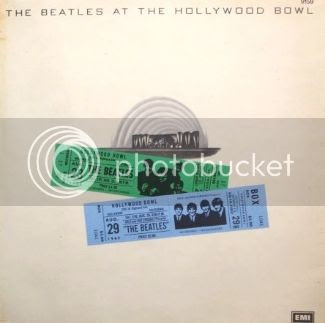 · "THE BEATLES AT THE HOLLYWOOD BOWL"

The Beatles at the Hollywood Bowl  is a live album released in May 1977 featuring songs compiled from two live performances at the Hollywood Bowl during August 1964 and August 1965. Initially, Capitol Records considered recording The Beatles' February 1964 concert at Carnegie Hall in New York, but could not obtain the necessary approval from the musicians' union to record the performance. Six months later, Bob Eubanks booked The Beatles' August 23, 1964 performance at the Hollywood Bowl in Los Angeles where Capitol recorded their only performance with the intent of releasing a live album in America. The sound quality of the tapes proved to be inadequate for commercial release; and, when The Beatles returned to the Hollywood Bowl a year later during their 1965 American tour, Capitol recorded their two performances at the same venue. The sound quality of the 1965 recordings was equally disappointing. Capitol did, however, utilize a 48-second excerpt of "Twist and Shout" from the 1964 Hollywood Bowl concert on the 1964 documentary album, The Beatles' Story. The Beatles were among the few major recording artists of the 1960s to not have issued a live album. Consequently, among Beatles fans, pent-up demand for a concert album continued to build. Despite the obvious demand for a live album, however, the tapes from the three Hollywood Bowl performances continued to sit untouched in a Capitol vault for more than ten years. Finally, in 1977, due to the release of the Live! at the Star-Club in Hamburg, Germany; 1962 (album consisting of a fifteen-year-old, poor-quality concert recording of the group performing in the Star Club in Hamburg) Capitol Record's parent company, EMI, decided to revisit the Hollywood Bowl recordings, and the Beatles' original producer George Martin was handed the tapes and asked to compile a listenable "official" live album. Martin was impressed with the performances, but disappointed with the sound quality of the recordings. In working on the three-track Hollywood Bowl concert tapes, Martin discovered quite a challenge. Anyway, he found the August 29, 1965 recording virtually useless, and except for a few edits taken from that performance to augment other performances from the folowing day, the album compiled by Martin consisted entirely of songs recorded on August 23, 1964 and August 30, 1965. In editing together the two performances, Martin successfully captured the excitement of a live Beatles concert with 17,000 screaming fans in this album. Despite the fact that the recordings on The Beatles at the Hollywood Bowl were between twelve and thirteen years old, the album reached No. 1 on the New Musical Express chart in the United Kingdom, and No. 2 on the Billboard chart in the United States. As of 2009, however, the album has yet to be released on compact disc in either country. Because The Beatles at the Hollywood Bowl was a compilation of two shows recorded a year apart, a number of songs performed at the two concerts were not included on the album. Songs from the 1964 show not included on the album are: "Twist and Shout", "You Can't Do That", "Can't Buy Me Love", "If I Fell", "I Want to Hold Your Hand", and "A Hard Day's Night". Songs from the 1965 show not included on the album are: "I Feel Fine", "Everybody's Trying to Be My Baby", "Baby's In Black", "I Wanna Be Your Man", and "I'm Down". "Baby's in Black", from the 1965 Hollywood Bowl concert (and included here) however, was issued as the B-Side of the 1996 reunion "Real Love" single. 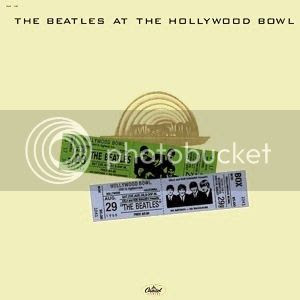 Recording first published in Argentina in1976 only in stereo*.
(*The mono version comes from a bootleg.) 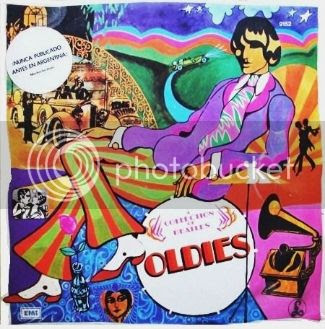